We want to make a physical (and) connected exhibition with the students from MIT. We feel connected through the water that separates us. Panta Rhei ("everything flows") and so we are connected through ideas too. Based on one of the actions of the ZERO group at that time, which also took place on the banks of the Rhine, we would like to invite the MIT group to participate with our projects and experiments despite the great geographical distance, as well as to examine the approaches and ideas of the ZERO group in the past.  For this reason we plan to set up different forms of “displays” in Düsseldorf and try to explore the space near the river Rhine. The idea is to form little groups around each “display” and work on the artworks and concepts together with the team from MIT. In a next step we are interested to find possible counterparts for the displays in the US – maybe near the Charls river.

The collaborations can take place on different levels: theoretical, material-related, technical, etc. The content and the parameters of the various projects or happenings can relate to and influence each other. The projects can be realized in Düsseldorf, or in Düsseldorf and at MIT, or they can be realized here AND digitally. No limits, only a lot of fun and work.

Here we see the similarities between the river/city landscape between Düsseldorf and Boston from a satellite perspective.

During a walk through Düsseldorf I noticed some stone signs on the banks of the Rhine which can also be viewed with here https://www.google.com/maps/@51.2311233,6.7665411,76m/data=!3m1!1e3. In the following days I noticed that these installations changed and sometimes older ones disappeared due to the disturbance of the flood. These stone signs can be seen particularly well from a bridge that connects the two sides of Düsseldorf. The "reading direction" is therefore also oriented towards the bridge.

One of my ideas was to extend or replace these stone sculptures to create new and enigmatic structures. But actually I want to leave the outcome of this project as open as possible right now.

I am sure there are many approaches which could be interesting to follow here. Maybe someone is interested in semiotics or automated language generation to name just two examples. It would also be conceivable that the words or symbols (?) change over a certain period of time and become part of an ongoing story. As you probably see the project is still very open and we can also take a different approach. Feel free to write to me what you think about it.

It would be nice to have a digital work, either video projection or sound to be played on the bridge, for multiple simultaneous sensory experience.

This is a rough idea so far which means it could turn out very differently at the end. But the main idea is to experiment with organic (or geometrical) forms, with colors, and how they interact with the moving nature.

Drawing with chalk with a line-maker

The motif of the drawing is just an example of what I would like to do. The content is open and development will follow with collaboration, but the motif must be composed of parallel lines. Maybe there is or will be a counterpart in the USA?

I can also imagine making a film or a video.

Projecting on a sail of a boat

The boat is anchored in front of Düsseldorf and has set its mainsail. A beamer projects either directly on the sail or on a mirror mounted on an extension arm. The action takes place in the dark and can last several hours. The content of the projection should be developed collaboratively.

Bridge as a gallery 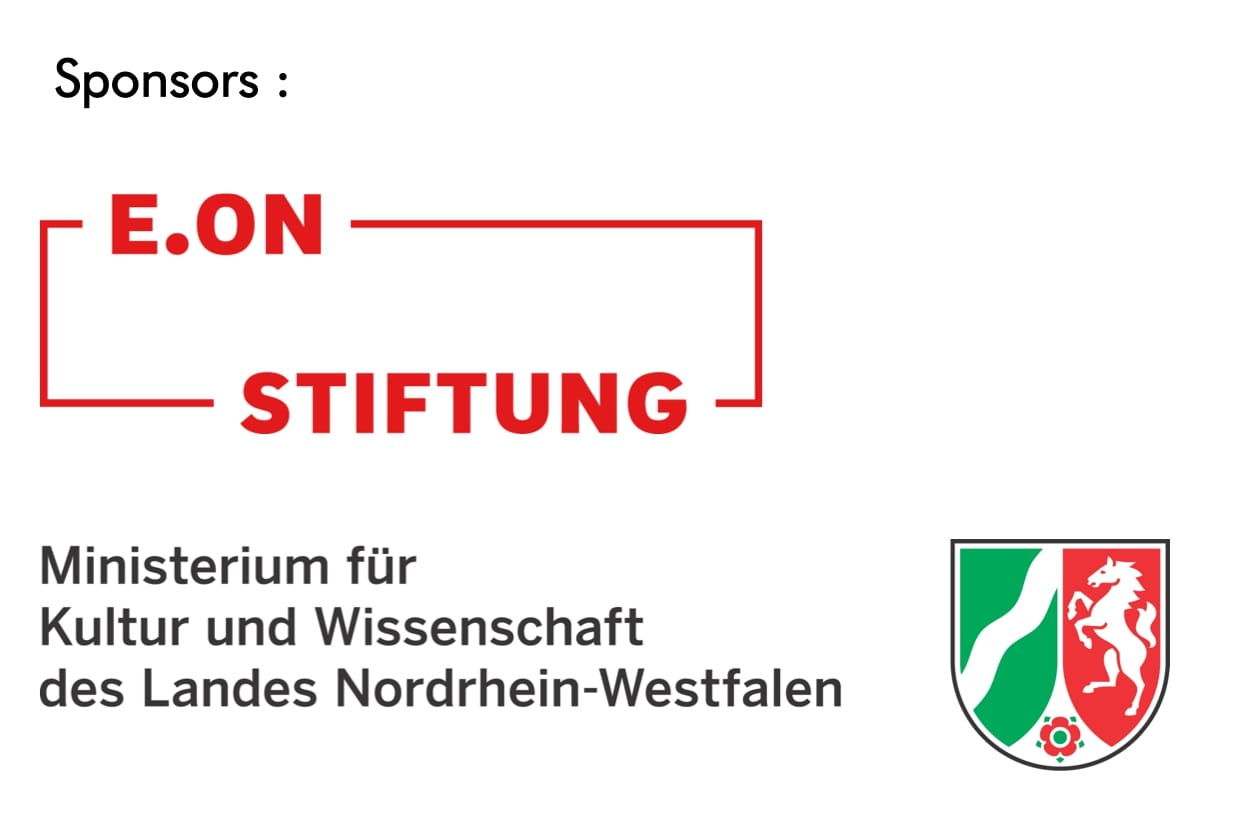